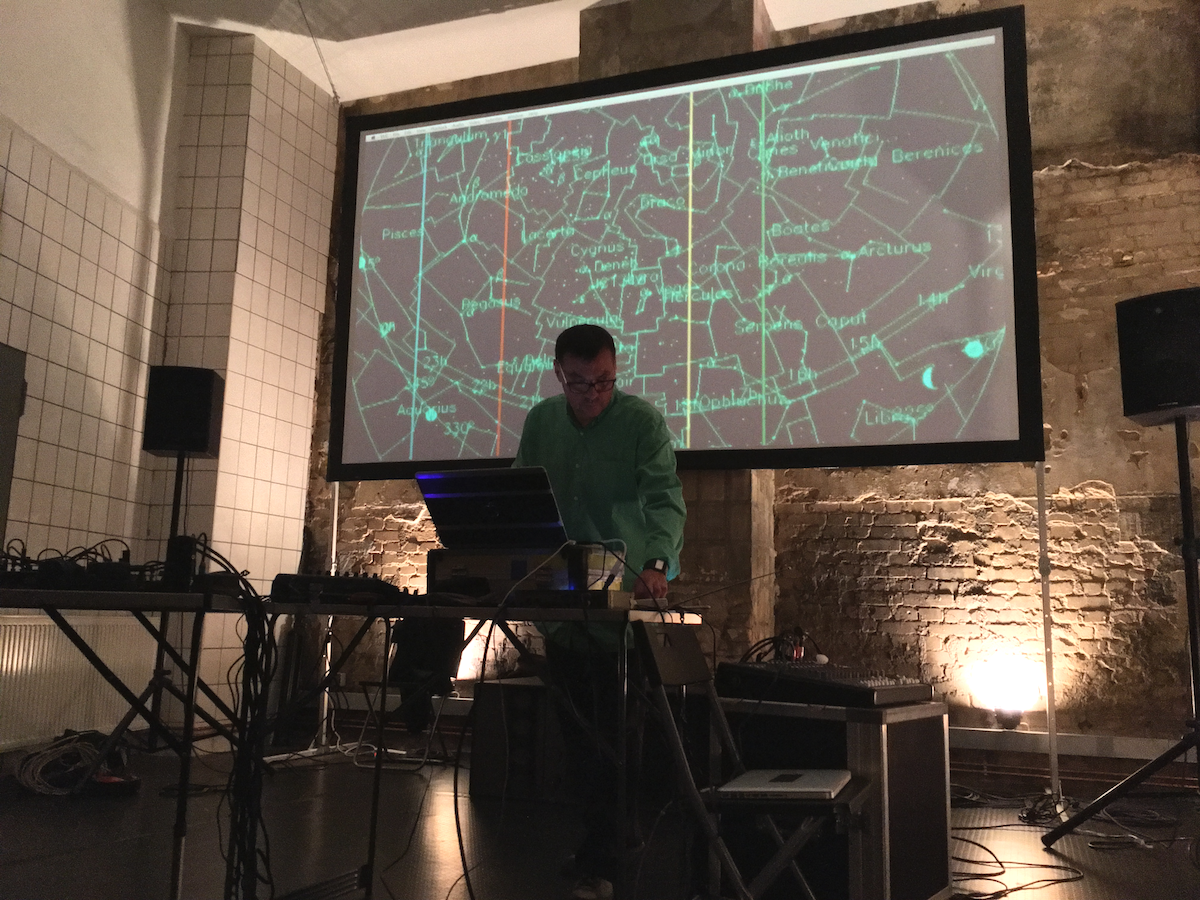 Yet another, but unique recording of my piece EMS Memory Trackers, recorded in Spektrum, Berlin in 2017.

An hour after the official onset of winter solstice 2017, Brane Zorman will perform the electromagnetic symphony composition LU-na MO-on reflect in which he uses and manipulates randomly captured and decoded electromagnetic radiations of various sources from space and combines them with repetitive samples of acoustic symphonic instruments. The premiere of the song LU-na MO-on reflect organically merges frequencies that resonate and pulsate in the airy sound landscape in a collision.

It is in My Nature @ Respublika! – A Cypriot community media arts festival

As certain spaces and times have become over-saturated, due to urbanization and the population explosion, certain (animal) species have began withdrawing to underpopulated landscapes and unoccupied times – into the night. We understand these withdrawals as a search for solutions that could lead to a ‘better quality of life’, an existence that would be better than the one offered to us by over-saturated spaces-times.

Because of the culling, disease, shrinking of the natural habitat and living environment of the already decimated wolf packs, humans are counting wolf packs and its members, mapping their paths, statistically recording their minimal growth or decline. While researchers and volunteers try to count wolfs’ current population on the terrain on the one hand, demands by stock breeders, hunter organizations, illegal shootings by wild hunters, numerous traffic accidents after wolfs crossing roads at night-time are constantly reducing those numbers on the other hand. A cynical paradox, so present and embedded in human society, shows its real face here as well: first, we take their land and resources; then we limit their numbers according to remained territories; and at the very end, classifying them as endangered species, we launch calls to protect them.

With the above mentioned, Zorman approached his It’s in My Nature composition creating a sound work as a fluctuating collective echoing night scream against loneliness, despair, solitude, isolation and surrender.

Also presented at Respublika! festival was